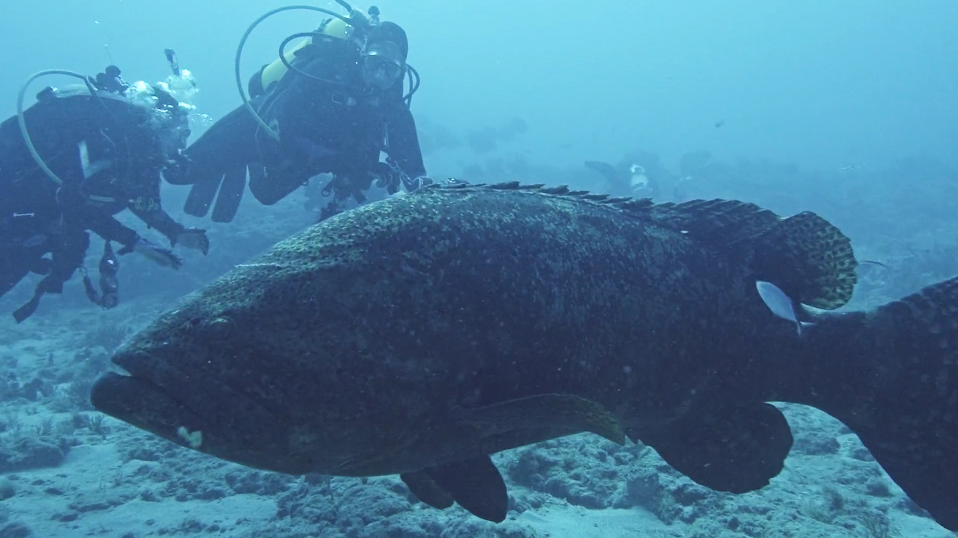 May 14&15, 2016  Went diving with Bill Walker Dive Charters (The Wetter the Better) and Pura Vida (The Sirena) out of West Palm Beach, Fl.  This was my second outing with the camera, a Sony RX 100 Mk 4, in a Fantasea housing.  The current was ripping along so it was difficult to pick a subject and stay with it for long.  Things don’t always to to plan under water, you have to take what you get.  This video is a composite of all 5 dives I made those two days.  4 dives really, I aborted #5 early due to my own mistake, I did not fully secure the air tank to my BCD which allowed it to slip way low in the harness.  I was worried about it pulling free if the fill tube to the bcd came loose so I aborted at around 60 feet and returned to the surface.  A mistake I hope to never repeat.

In the video you will meet a Goliath Grouper, a couple of Reef Sharks, and a sea turtle along with a larval or really tiny jelly fish and ctenophores (comb jellyfish).  Amazing stuff comes out in the dark.

Filming and photography underwater is much like doing it on the surface, only with a moving camera, moving camera op, water all around the camera, poor focus control, a moving subject, shallow depth of field, a time limit, chilly conditions, poor lighting, and things with teeth and/or spines that sting.

The camera itself worked well enough.  Everything was left to auto for this trip so I could focus just on framing and shooting.  Because of this the white balance seems to bounce around a little in some scenes.  Once I decide on a proper white balance, or a method to set the white balance between shots easily on this camera, I will lock it down.  But, this is why when the reef shark first appears the scene blinks pink a couple of times.